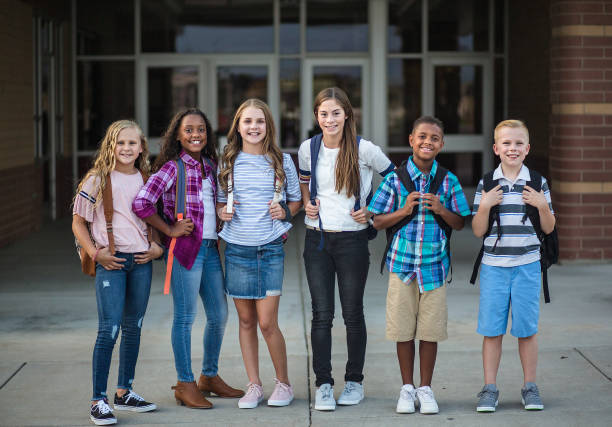 Why Learn Languages In Middle School

Students who invest in a foreign language throughout the crucial middle and high school years improve their chances of success, regardless of whether they want to continue their education or gain employment after graduation. Learning a foreign language in middle school has numerous advantages, such as boosting your confidence and enhancing your sense of personal achievement, boosting career prospects and much more. Learning a new dialect further allows one to engage and understand the essential concepts of the language. There are many advantages associated with learning languages in middle school.

Here are some of the advantages

Learning a second language is a significant achievement with which you should be pleased! This will aid your academic and emotional development, but it will also improve your communication skills, empower you to achieve your goals, and increase your self-esteem.

Languages are a valuable skill to have on your CV. College admissions officers value students who have spent several years or more to learning a second language.

Whether or whether you choose to attend college, language abilities will provide you with a significant competitive advantage in the employment market. Languages are one of the top eight skills necessary for all occupations, irrespective of field or skill sets, and are in great demand in the public, corporate, and non-profit sectors.

Bilinguals have more incredible problem-solving abilities and superior memory, focus, and mental flexibility. Students who study languages tend to do better on standardized examinations and make academic advancements in other courses.

A journey overseas can be transformed by travelling like a native local language speaker. You can more readily traverse outside of the tourist bubble and form deeper bonds and understandings with a nation, its people, and its culture.

The most immediate relationship to another culture is learning another language. It helps you develop a deeper awareness of various cultures and perspectives on the world. That type of insight is a fantastic asset to have.

Any language takes time and effort to learn; however, that doesn’t mean it has to be considered a duty. Learning a language, mainly when applied to real-life situations, can be fun. Another reason kids enjoy languages is social media and the internet in and out of the classroom.

Despite the high need for language abilities, did you realize that only about 10% of Americans speak another language? You’ll stand out in your profession, among your friends, the individuals you meet, and your society if you learn another language.

You’ll be able to finish a long, unbroken series of instructions if you start early. It’s the best way to become a language expert.

Speaking as many languages as possible is vital in an increasingly globalized environment, especially for various employment options. The younger you are while learning a language, the easier it is.

Here are some of the languages you would consider as an option for your child.

This lovely Latin language is widely spoken all around the globe. French is spoken in various regions of Canada and several African nations, with 65 million native speakers and 72 million bilinguals. Learning French as the Latin language might be challenging at first owing to the various verbal terminations – English is considerably more straightforward in this regard. It is, however, not only a lovely language, but it is also extensively spoken across three continents.

Chinese Mandarin is spoken by up to 800 million people worldwide, making it the most widely spoken language globally. This is hardly surprising given Chinese culture’s tremendous level of internal variety. Mandarin is rising, favoring the corporate sector, especially given China’s current economic expansion. On the other hand, learning Mandarin is a difficult task that demands a significant amount of time and effort. As a result, the earlier your youngster becomes acquainted with it, the better.

Spanish is the second most widely spoken language in the world, behind Chinese, with up to 400 million native speakers. You can speak with most Latin American nations and the African area of Equatorial Guinea by learning Spanish. Despite its widespread use, Spanish is not as extensively utilized in business as, for example, Chinese Mandarin. It’s as challenging – or as simple – to learn as French. The primary benefit of learning one Latin language is that it is much easier to acquire a second one afterwards due to numerous similarities. The primary Latin languages to educate your child are Portuguese, Spanish, French, and Italian.

Although German is not commonly spoken, it is essential to know it on a European level. It is spoken as a first language by 101 million people worldwide, including Austria and Switzerland. Learning German may appear challenging initially, but it should be pretty simple for a young brain to grab. German will always be worthwhile to study as long as Germany remains one of Europe’s most powerful economic forces.

In conclusion, learning a language as a child is essential and more accessible. There are numerous advantages to studying a new language, both societal advantages, cognitive advantages, and cultural advantages. Additionally, it opens a vast of career opportunities and opens an individual to more business opportunities in the future.

What Are The Part-Time Jobs That Pay Well?

Online practice tests for a high score in exam

What Is Difference Between Education (Formal/Non Formal) and Intelligence?

Outdoor Preschools: The Benefits of Getting Your Child Outside

Boosting Your Learning Experience; Why Hire an Online Tutor?

Why you should take online courses